During the 2nd half of the 19th century,the city became a major lumbering center and the premier furniture-manufacturing. After an international exhibition in Philadelphia in 1876, Grand Rapids became recognized worldwide as a leader in the production of fine furniture. 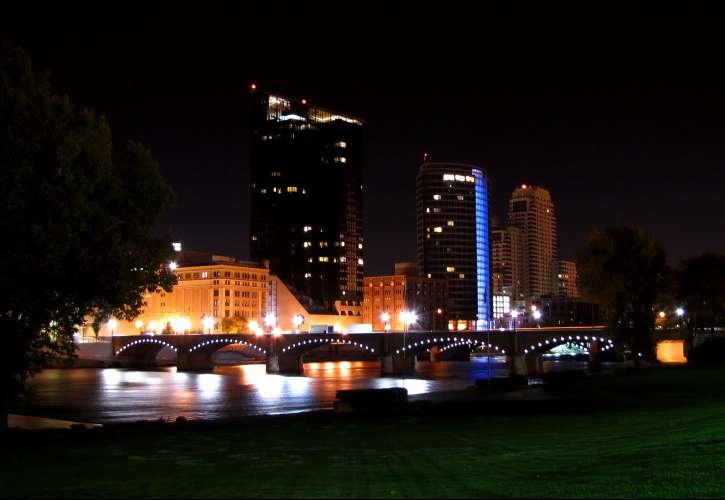 Grand Rapids is a city in the U.S. state of Michigan. The city is located on the Grand River about 25 miles east of Lake Michigan.

As of the 2010 census, the city population was 188,040. In 2010, the Grand Rapids metropolitan area had a population of 1,005,648 and a combined statistical area, Grand Rapids-Muskegon-Holland, population of 1,321,557. It is the county seat of Kent County, Michigan, second largest city in Michigan, and the largest city in West Michigan. The city and surrounding communities are economically diverse, and contribute heavily to the health care, information technology, automotive, aviation, and consumer goods manufacturing industries, among others.

Grand Rapids was the hometown of Gerald Ford, the 38th President of the United States. He, along with his wife, former First Lady Betty Ford, is buried on the grounds of the Gerald R. Ford Presidential Museum in Grand Rapids.

Grand Rapids is home to five of the world's leading office furniture companies.