Fort Campbell is located approximately ten miles from downtown, straddling the Tennessee-Kentucky state line. It is officially Fort Campbell, Kentucky as the base U.S. Post Office is on the Kentucky side of the post. 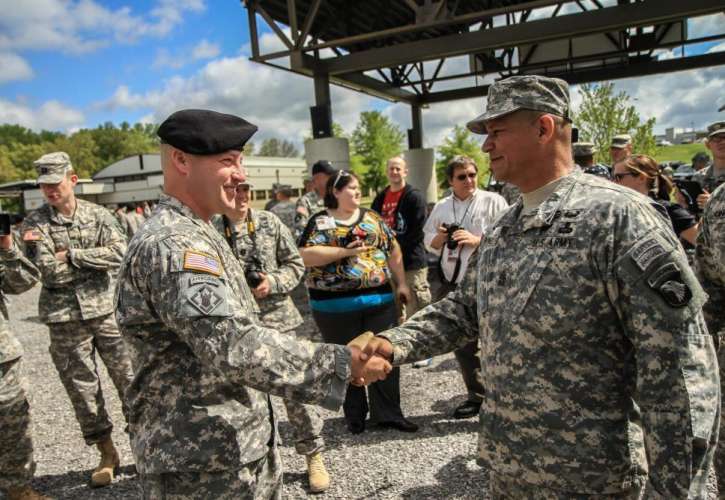 It is the principal central city of the Clarksville, TN-KY metropolitan statistical area, which consists of Montgomery and Stewart counties, Tennessee; and Christian and Trigg counties, Kentucky. It is second-fastest-growing Metropolitan Statistical Area (MSA) in the nation.

The city was incorporated in 1785 as Tennessee's first incorporated city, and named for General George Rogers Clark, frontier fighter and Revolutionary War hero, and brother of William Clark of the Lewis and Clark Expedition.

Clarksville is the home of Austin Peay State University; The Leaf-Chronicle, the oldest newspaper in Tennessee; and neighbor to the Fort Campbell, United States Army base.