The city was named Melbourne in honor of its first postmaster, Cornthwaite John Hector, an Englishman who had spent much of his life in Melbourne, Australia. Hector came to America in or before 1878. At the time, Melbourne was known as Crane Creek. 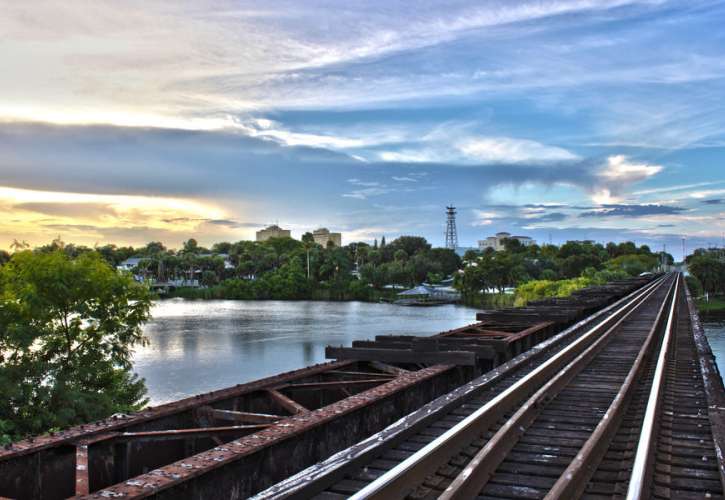 The City of Melbourne is located on east central Florida's Space Coast. Melbourne is about an hour's drive south of the Kennedy Space Center, and 1-1/2 hours due east of Disney World. The City is in the southern portion of Brevard County. Interstate-95 runs through the county from north-to-south. Access roads from the west include the Beachline Expressway (formerly the Beeline) and U.S. 192, which runs through Melbourne to the beaches.
While most of Melbourne is located on the Florida mainland, a small portion is located on a barrier island. The Indian River Lagoon separates the mainland from the island. Spanning the Indian River Lagoon to connect the mainland to the barrier island are a pair of four-lane, high-rise bridges -- the Melbourne Causeway and the Eau Gallie Causeway.
Nearby incorporated communities include Palm Bay, West Melbourne, Indialantic, Melbourne Beach, Indian Harbour Beach, and Satellite Beach. Viera and Suntree, unincorporated communities, are also nearby.
The contemporary City of Melbourne is the result of a merger of the separate communities of Melbourne and Eau Gallie, both dating to the 1880's.