El Centro is the center of one of Southern California’s most promising new commercial and industrial regions. There are two international border crossings nearby for commercial and noncommercial vehicles. 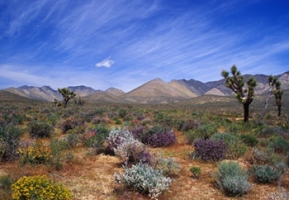 In 1906 W.F. Holt and C.A. Barker purchased the land on which El Centro was eventually built for about forty dollars an acre and invested $100,000 in improvements. As one historian of the Valley life put it, “in only five months, El Centro went from a barley field to a city...”. The City of El Centro was incorporated on April 16, 1908. Because of its strategic location near rail lines and Highway 80 and 99, El Centro in the 1940s was also becoming the shipping center for vegetables in the south end of the Valley. The principal industries of El Centro in the forties revolved around agriculture—fruit and vegetable packing and shipping, ice plants, a flax fiber plant, box factories, and concrete pipe and brickyards. By the 1970s, agriculture was still an important part of the City’s economic life. Imperial County has become one of the most agriculturally productive areas in the country. By the early 1980s the two largest employment sectors in the El Centro labor market area were Government and Wholesale/Retail Trade, reflecting El Centro’s emerging role as a regional administrative and commercial center.