FIREBALL RUN began September 27th 2007 with 78 teams rolling from Orlando to Beverly Hills. The "no rules" inaugural event was organized as a proof in concept to test if a board game could be played, in real time, on the open road, using America as its game board. Many lessons were learned that year. First: the concept of "no rules" was replaced with "plenty of rules". Second: never, never, never place 78 cars on a game board- ever. Sadly, little video exists of the inaugural event, and so another lesson was learned; how to film a 3000 mile live production. Today FIREBALL RUN is limited to a safe 40 teams.

Orlando is a city in the central region of the U.S. state of Florida. It is the county seat of Orange County, and the center of the Greater Orlando metropolitan area. According to the 2010 US Census, the city had a population of 238,300, making Orlando the 79th largest city in the United States. The Greater Orlando metropolitan area has a population of 2,134,411, making it the 26th largest metro area in the United States, the sixth largest metro area in the Southeastern United States, and the third largest metro area in the state of Florida. Orlando is the fifth largest city in Florida, and the state's largest inland city. Orlando's symbol is the fountain at Lake Eola. The city is also sometimes nicknamed "The Theme Park Capital of the World", as it is best known for the Walt Disney World Resort, founded by the Walt Disney Company in 1971, the Universal Orlando Resort, and Sea World. The city's famous attractions form the backbone of Orlando's tourism industry, making the city the most visited American city in America.

Baton Rouge is the capital of the U.S. state of Louisiana. Located in East Baton Rouge Parish, the city is the second largest in the state, and has a population of 229,553 people as of the 2010. Baton Rouge is a major industrial, petrochemical, medical, and research center of the American South. The Port of Baton Rouge is the ninth largest in the United States in terms of tonnage shipped, and is the farthest upstream Mississippi River port capable of handling Panamax ships. In addition to this natural barrier, the city has built a levee system stretching from the bluff southward to protect the riverfront and low-lying agricultural areas.

In 1835 the Tevises farm together with nearby community of Santa Anna, was purchased by Henry Millard, Joseph Pulsifer and Thomas B. Huling, who began planning a town to be laid out on this land. This town was named Beaumont, after Jefferson Beaumont the brother in law of Henry Millard. Beaumont became a town on 16 December 1838. Beaumont's first mayor was Alexander Calder. Beaumont is a city in and county seat of Jefferson County, Texas, United States, within the Beaumont–Port Arthur Metropolitan Statistical Area. The city's population was 118,296 at the 2010 census making it the twenty-fourth most populous city in the state of Texas. With Port Arthur and Orange, it forms the Golden Triangle, a major industrial area on the Gulf Coast. Gulf States Utilities had its headquarters in Beaumont until its absorption by Entergy Corporation in 1993. GSU's Edison Plaza headquarters is still the tallest building in Beaumont (as of 2011). Since 1907, Beaumont has been home of the South Texas State Fair. In 2004, the venue for the Fair changed to Ford Park, a new, larger facility on the west end of Beaumont.

Albuquerque is the largest city in the U.S. state of New Mexico. It is the county seat of Bernalillo County, and it is situated in the central part of the state, straddling the Rio Grande. The city population was 552,804 as of the 2011. Ranks as the 32nd-largest city in the U.S. The Albuquerque population includes the city of Rio Rancho, and forms part of the larger Albuquerque – Santa Fe – Las Vegas combined statistical area, with a total population of 1,146,049. It is generally believed that the growing village that was to become Albuquerque was named by the provincial governor Don Francisco Cuervo y Valdes in honor of Don Francisco Fernández de la Cueva y Enríquez de Cabrera, viceroy of New Spain from 1653 to 1660. One of de la Cueva's aristocratic titles was Duke of Alburquerque, referring to the Spanish town of Alburquerque. The Alburquerque family name dates from pre-12th century Iberia and is habitational in nature. The Spanish village of Alburquerque is within the Badajoz province of Extremadura region, and located just fifteen miles from the Portuguese border.

Henderson is a city in Clark County, Nevada. The city is part of the Las Vegas metropolitan area, which spans the entire Las Vegas Valley. It is the second largest city in Nevada, after Las Vegas, with an estimated population of 257,729. It occupies the southeast end of the valley, at an elevation of approximately 1,330 feet. The township of Henderson first emerged in the 1940s during World War II with the building of the Basic Magnesium Plant. Henderson quickly became a main supplier of magnesium in the United States. The plant supplied the US War Department with magnesium for incendiary munition casings and airplane engines, frames, and other parts.

Oklahoma City is a city on the grow. From a gleaming new addition to our skyline, to a glowing new pedestrian bridge spanning a brand-new highway, the renaissance of OKC continues. And there’s so much more on the horizon. Oklahoma City’s central location leads to access to some of the nation’s major interstates. One important note to make before you venture out is the recent relocation of Interstate 40. This thoroughfare, which runs from Los Angeles to Raleigh, N.C., used to hug the southern edge of the downtown business district in OKC. But in 2012, a new (and much improved) stretch of this interstate was opened a mile further south, on the north side of the Oklahoma River. Spanning this new stretch of interstate is the Skydance pedestrian bridge. This functional piece of public art will soon connect all the activity on the Oklahoma River with a brand-new 70-acre downtown park.

Eau Claire, Wisconsin to Rapid City, South Dakota
OVERALL WINNERS
Could Be You! 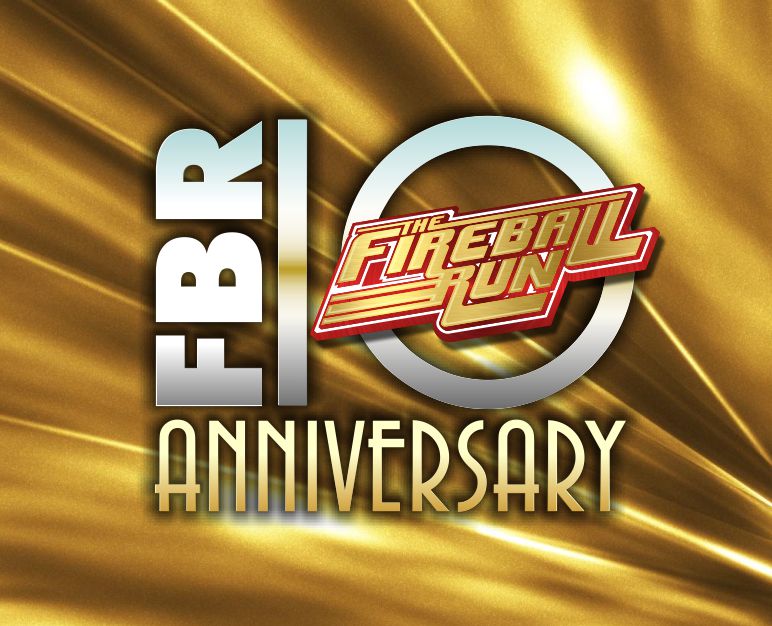 Western NY to Amesbury, MA
OVERALL WINNERS
Could Be You! 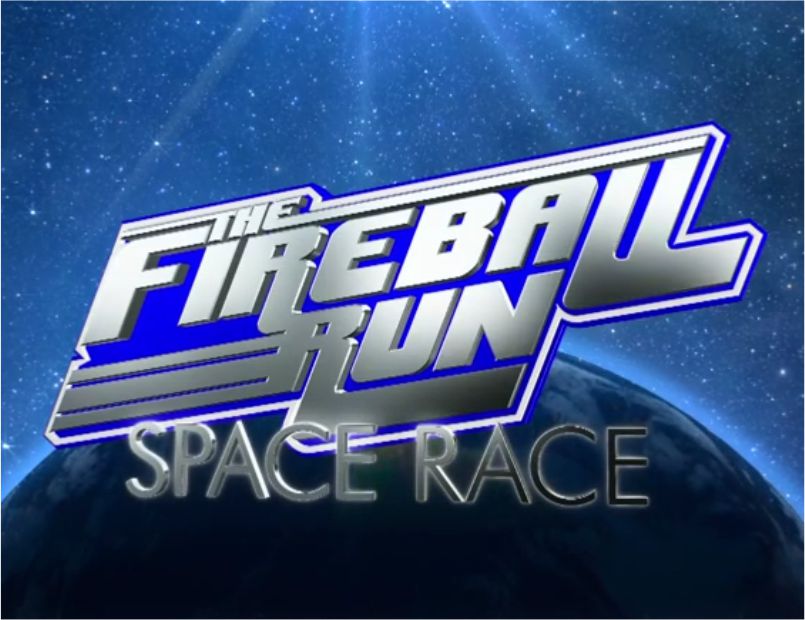 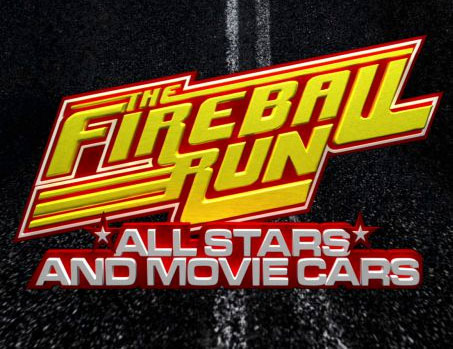 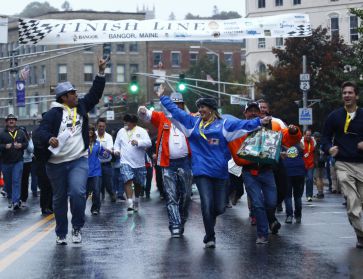 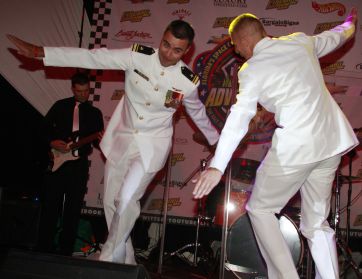 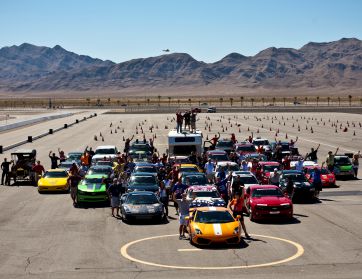 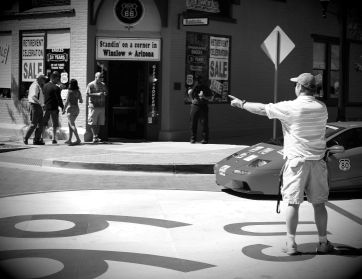 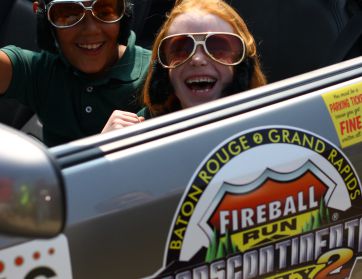 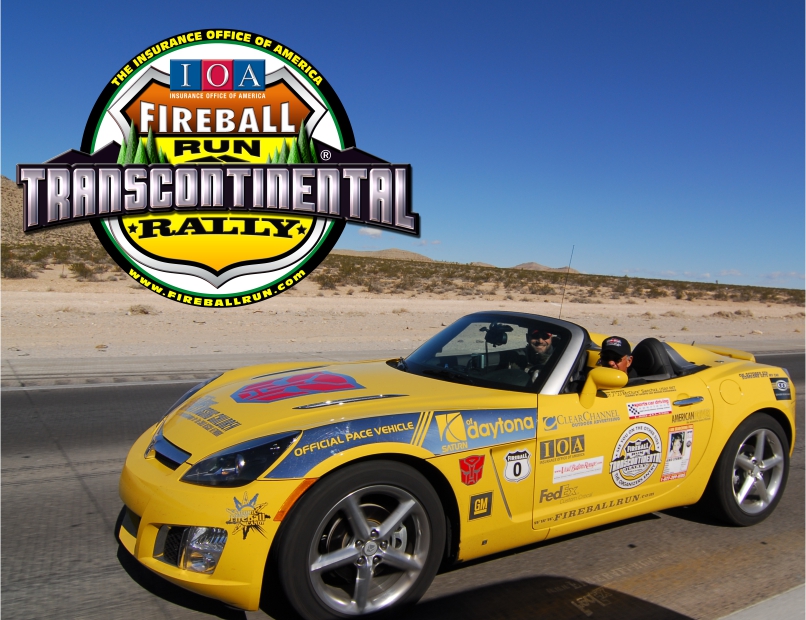